In year 2005 investment bank Goldman Sachs famously asked “What does it take to stop China?” They answered the question themselves, an oil price of 105 USD/BBl. The growth in China did not stop, although now moderated for other reasons, but oil supply has swelled with persistent high oil prices. In parallel, new demand-side technologies have brought solutions that radically increase efficiencies. A long-standing tenet in oil companies has been that underlying economic growth would ensure that supply-demand would stay in balance with high oil prices, and that problems were perhaps one or two decades away. Alice in Wonderland – thinking.

New entrants and market responses now challenge OPEC. Shale oil and the strong push to authorize exports of US crude have become important uncertainty drivers. Additionally, significant oil production capacity that has been kept from the market for persistent political and operational reasons is also coming back. Having long held the view that supply and demand changes would not undermine its market control, OPEC may now also decide it is time to act and send a message using its powerful tool, supply. They may not have to do very much.

OPEC could be following the trail of Qatar, the influential member who pushed LNG into European gas markets in 2014, driving prices down by over 30% in the process. The market responses to these fairly minor additional volumes of LNG into Europe highlight weak price support in fundamentals. By our analysis, the full cost price of LNG delivered from the US, coming in 2015, is already higher than the new UK NBP futures price curve. Bar persistent Russian curtailments of gas to Europe, additional LNG supplies could easily depress prices and eradicate profits of both new LNG and pipeline-based projects and trades.

A Brent crude oil price of just below 80 USD/BBl will bring average Asian “JCC”-indexed LNG prices into a near complete global parity at current LNG shipping rates. This is now a highly possible scenario and can endanger all but the strongest integrated greenfield LNG projects worldwide, and possibly also challenge new pipeline projects to China. Volume effects of lower prices will primarily be seen in the long term, but signals of project deferrals or cancellations could be in the interest of both OPEC and competing gas suppliers even now.

Most interesting is what would be the first test of responsiveness of US shale oil and natural gas to lower oil prices. The best US shale oil and shale gas operators have a 30 USD/BOE cost level, producing around 3x as much per well as the average operator. Shale exploration and production has shifted to high productivity areas in the past two years, suggesting that low oil prices may be necessary to remove larger volumes. Any shale oil output decline in the next 6 months is likely to be minor in a global setting, but psychologically important. For effect, OPEC could actually wish – or perhaps need – to test longer term prices below 70 USD/BBl.

Major international oil companies may superficially look positively on a temporary reduction in oil prices in order to regroup and stop cost escalations in large projects. Our view is that recent costs increases have strong systemic elements, highlighted by the new requirements following the Macondo blowout. Similarly, US shale operations are already extremely efficient and views by leading firms are that costs are likely to stabilize or perhaps even increase.

The effect of lower oil prices on systems that depend on oil revenue could also spawn strong correlated reactions that should be monitored. For example, a significant part of current US gas production depends heavily on revenue from liquids. This means that shale gas from areas such as Utica, Barnett and Eagle Ford could be among the first to be hit by lower oil prices, with output reductions and price effects perhaps as early as spring 2015. 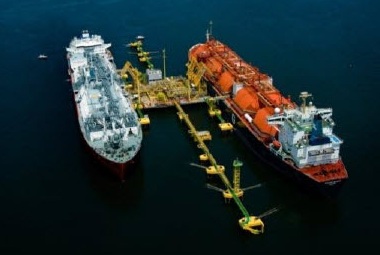 OPEC’s objectives and determination have not yet been fully communicated, but their concerns have clearly increased in the past year. The time to sit still appears over. Traders’ long positions are now rapidly taken down, boosting the effect of any statement or action from OPEC, be it on oil or natural gas. Large new oil projects almost universally require stable prices above 80 USD/BBl and portfolio contraction can be strong. While pricing in the global gas market has been fascinatingly simple since the 2011 Fukushima nuclear catastrophe, 2014 has now seen the build-down of gas price differentials between the US and Europe, and now Asia. Even the LNG trading bonanza is over.

The Real Oil Boss OPEC has always had capacity, motives and will to protect its interests. This time it is to use its low cost position to moderate competition-inducing high oil prices. Now the question may be “What does it take to stop shale?” 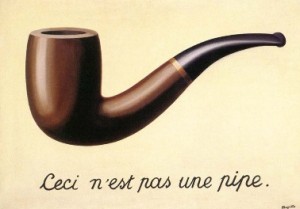