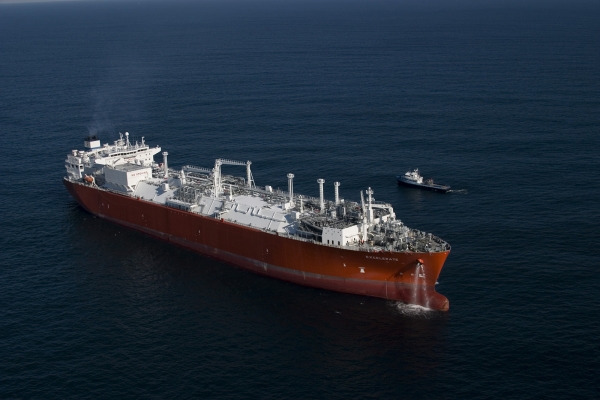 The spectacular success of floating LNG regasification units (FSRUs) over the past decade is illustrated by their excellent safety record and their role in rapidly covering energy shortages with minimal environmental impact.  The list of countries with FSRUs has become long; the US, Brazil, Argentina, Chile, Israel, Kuwait, Italy, Indonesia, Egypt, China, Lithuania, Jordan, Pakistan, Turkey, Columbia, the UAE, and others.  The next in line are Ghana, Russia, India and Bangladesh.

Yet, several early adopters have seen frustrating operational challenges and inefficiencies that cause increased cost.  For example, offloading at Israel’s exposed Hadera terminal has on a number of occasions had to be delayed, or moved to Cyprus due to weather or other reasons.  In-port operations are more protected, but may be hampered by congestion managements issues, like at Egypt’s Ain Sokhna, or also draught restrictions, like at Argentina’s Escobar.  Concerns about FSRU safety near populated areas have also created issues.

These technical problems throw sand into operational planning, but commercial challenges are also increasingly apparent.   The desire for flexible, short-term LNG sourcing complicate compatibility matching, and streamlining of the supply chain.  Both low free draught and ship capacity mismatch may require partial loads, which can be particularly problematic for membrane tankers.  Higher unit costs invariably follow smaller volumes and the need to manage such issues.

Seeing such challenges, Malaysia and Indonesia early decided on supply-chain harmonization in integrated long-term frameworks in their FSRU projects, which they also have the intrinsic capacity to do.  Certain other, larger suppliers have incrementally chartered older and smaller ships to serve specific FSRU or buyer requirements with a niche strategy, but several LNG suppliers and buyers do not seem to be alert to this.

The rapidly growing LNG market has now converged on a new, larger global ship size standard which can sail the expanded Panama Canal, effectively up to 180,000 m3.  The sizes of the latest newbuild FSRUs match this new standard size.  They also have mooring points and loading lines designed to accept supply from older and smaller LNGCs.  Yet, in spite of the growing optimization of FSRU schemes, the larger importers recognize the inherent benefits of conventional land-based systems, and plan for this with shorter FSRU charter lengths.

This means that there is trouble ahead for smaller FSRUs.  Already, Brazil has terminated charters due a combination of inefficiencies of mismatch and has plans for land-based terminals.  There are similar plans behind the recent Aliaga, Turkey based FSRU.  The GDF Suez Cape Ann FSRU has now left site in China, effectively having been replaced by a new conventional terminal.  It is therefore essential for new FSRU projects that they have carefully considered the entire supply chain, technically and commercially with a long-term perspective and plan.

Some of the new FSRU projects have signed long-term charters and may not have sufficiently recognized and accounted for the possible complications ahead.  In particular, some recent FSRU tender processes seem to have exclusively emphasized low tolling cost.  Technical and commercial challenges may not have been sufficiently recognized by the new entrants to the FSRU market.  Notably, LNG importers in both Bangladesh and India have signed long-term charters for 138,000 m3 FSRUs, with advice and part financing from the World Bank.  There is looming risk that the importers will not reap expected benefits, particularly in a tightening market.

Operational disadvantages may to some extent have been priced into charter terms, and indications are that the FSRU tolling levels are about 0.10 USD/MMBtu, or 20% lower in Bangladesh than for a larger new-build shortly entering service, say in Pakistan.  Most likely, however, costs of operational complications are a multiple of this. Importers may be able to pass on the cost to ultimate buyers or the government, but they should also consider active measures in the LNG sourcing process to minimize disadvantages.  Among the few strategies available, longer-term supply contracts and firm offtake terms may allow for strong supply chain planning and cost reductions.

On their side, ship-owners typically consider the commercial life of an LNG vessel to be 25 years.  Because of the major improvements in the efficiency, costs and now new standard size of new-generation vessels, the current effective life may in fact be shorter.  Going forward, it appears that the attractiveness of “life extension” of 15+ year old mid-scale LNG ships as FSRU of FLNG conversion could be overrated.  The ongoing change in fleet composition is very rapid, and it seems likely that the 150-180,000 m3 class of LNG vessels, by and large, will squeeze out older mid-scale ships, leaving only select vertical niche solutions for these.