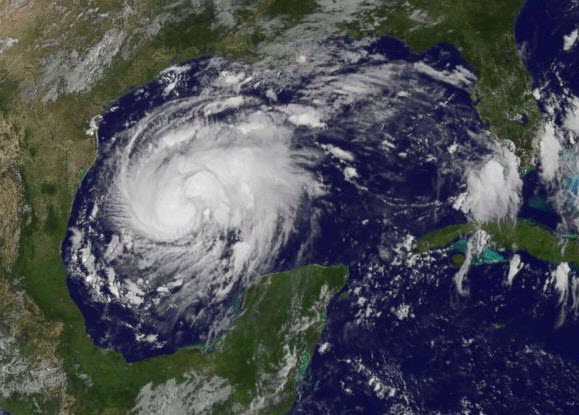 The minor impact of Hurricane Harvey on Henry Hub gas prices to date, along with reassuring words from LNG operators, would seem to suggest limited damage. The actual situation is far more convoluted, with long-term consequences.

Until August 29, feed gas input at the current 4-train Sabine Pass LNG plant was equivalent to nearly full production by three trains (1.8 Bcf or 50 mcm/day). This production run-rate requires a ship loading about every 2 days. However, the last ship loading was on August 24, and the 4-vessel equivalent storage filled up. Predictably, feed gas flow then dropped and all trains were turned down.

The result was very quickly seen on inbound LNG ships. Today, September 7, 22 ships for diverse charterers are identified by Eikland Energy’s iGIS/LNG to be at anchorage, “loitering” at diverse places, or slow-steaming.  (Details available on request.  One ship even “went missing”, hiding its position after Harvey unleashed.)  This is roughly 3-4x the normal queue length. A number of currently outbound ships will add to this queue before operations at Sabine Pass return to normal.

The production stoppage lasted until September 6, more than a week. Resumption of operation was flagged by the arrival of LNGC Rioja Knudsen, and the feed gas flow increase to a 1-train equivalent operation today (September 7). It remains to be seen how quickly production and ship loading will return to normal rates, and the queue normalized.

A reasonable explanation for the stoppage is to inspect the plant for damage and to correct small anomalies. Yet, in spite of the clear commercial and operational impact of the stoppage, owner and operator Cheniere has made no public statements after its August 31 statement on (limited) damage at the Corpus Christi LNG construction site. The next few days will shed more light on Harvey’s further effects on Sabine Pass operations, and presumably Cheniere will also provide information.

The current situation offers an excellent case study of the operational, tactical, and market risks and consequences of large LNG plant disruptions. The operational rescheduling will be tremendously complicated and have effects into 2018. The 2018 Sabine Pass Annual Delivery Program is currently in the works, and is likely to be affected.

In the near term, larger companies with a sizable and flexible fleet, flexible alternative supply, and with advanced operations research scheduling tools will undoubtedly manage well. Smaller operators and shippers with small, less flexible portfolios will struggle, and some may even see contractual disputes.

For Cheniere, it will probably emerge that on-site LNG storage is woefully small and inflexible. The US Gulf is also more exposed to risks from natural elements than the Persian/Arabian Gulf. Had all five trains been completed and in full operation at the time of Harvey, plant turn-down could have been far less orderly. Undoubtedly, lessons will be learned. There is already space for a 6th tank at Sabine Pass, but that is probably not enough. Seeing the ravages in Texas, the difficult decision to turn down should possibly also have been made earlier.

For LNG, 2017 was still a good year to meet Hurricane Harvey. Among the many new projects and production trains coming on stream the next few years, only Sabine Pass is presently, and partially operational. In fact, had Harvey happened in 2020, 15% of global LNG capacity might have been temporarily lost and nearly 100 ships impacted.

As with Henry Hub gas prices, international LNG and gas prices barely moved as a result of Harvey. For the time of year, the size and likely duration of the interruption, that seems reasonable. In the US, Gulf-coast gas demand even dropped. On the other hand, the market will probably internalize learnings and develop increased sensitivities for events like Harvey. The immediate real challenge will be the hard work for the players to get logistics and deliveries back in order.

Large and destructive hurricanes will come again. Immediately, LNG regasification plants in both Puerto Rico and the Dominican Republic have Irma coming their way, effectively also blocking the Straits of Florida and Atlantic LNG ship passage for the next week.  The challenge is to be able to plan for such relatively infrequent, but regular and high impact events.