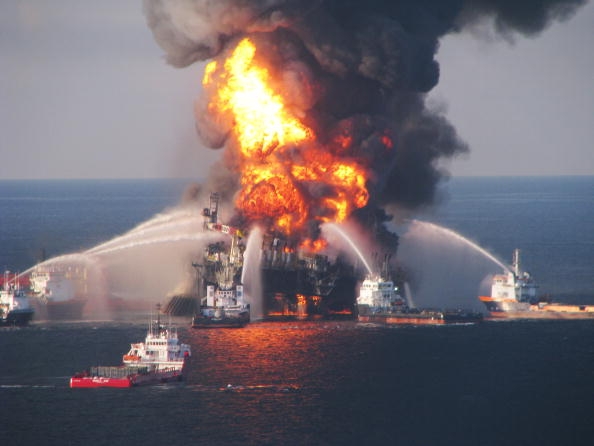 2016 was a turning-point in a 70-year drive to remove global trade barriers. After several years of accelerating undercurrents against global trade, new leaders were elected in free-trade champions with clear mandates to break with the past. In the ultimate case, countries may not only withdraw from regional trading blocks, but also from the WTO, either formally or by their de-facto actions.

Given these developments we consider the forces at play and the implications of a possible US “LNG tax”. We consider four possible options, two of which have been raised in public. The fiscal gains are likely to be small, but the impact on the structure of the market could be more marked.

The Forces of Change
The ongoing rapid growth in LNG trade has been predicated on unhindered market access without trade tariffs. An imposition of physical access restrictions or tariffs could potentially significantly affect markets. Yet, natural gas projects have a long history of being bargaining chips in geopolitics, but eventual outcomes have not fundamentally been different from what was commercial choice in the first place. LNG plays a special role in the years ahead because of the US and on-going construction projects. The situation is different for oil, where the US remains a significant importer.

This importance of gas and LNG may, for example, mean that the strong energy integration between the US, Canada and Mexico will not fundamentally be changed. While the media and political focus has been on the border wall with Mexico, there is a rapid expansion of pipeline-based natural gas export projects from the US to Mexico, and even for Canadian LNG re-exports of US natural gas. If political developments should lead to impasses, consequences may be very large.

The Brexit decision was arguably based not on the free movement of people within the EU itself, but was triggered by the displeasure with the rapid rise in refugees and migrants from outside the EU arriving via other EU member countries. In no case has the value of UK’s deep integration with the EU and the EEA in natural gas been questioned.

It is therefore recognized that changes have been triggered by social factors and conditions, amplified by discontent from the significant loss of jobs in some industries. Job losses are typically due to either new technology or displacement by more competitive nations, better equipped with natural resources or with structurally lower costs.

At the same time, industry cluster effects give major technological or knowledge foundations for competitive advantages that are extremely robust. For example, shale resources in the US and the legacy and scale of oil and gas operations gives the US a major competitive position in both energy supply and in oil field equipment and services.

The level of commoditization and the shape of the industry or product cost curve are the two essential factors in this regard.

Trade and National Interests
Historically, export and import volume constraints and privileges have been the key instrument to protect national industries and reflect political preferences, nation-state alliances. Such quantitative measures may have direct or indirect effect, whether they are directed towards individual countries or applied proportionally.

Tariffs are weaker, second-order measures whose impact is directly related to industry short-term, marginal cost curve positions, which can be significantly different from long-term, full-cost rankings. However, when the level of commoditization is very high, such as in LNG by design, tariffs can have significant effect on trade flows. LNG is a “fungible good”.

For global LNG trade patterns and prices, the key questions are very different when examining possible outcomes of Trump-administration and Brexit EU withdrawal policies. These are the “initiators of change”. While the UK is unilaterally and undiscriminatingly pro-trade within its new direction, the US has declared a willingness to apply both direct bilateral volume control and tax measures.

The UK is highly dependent on natural gas imports, about 70 percent of consumption, and it is improbable that gas pipeline flows between the UK and the Continent will be physically constrained. There has been no serious public discussion of such options. Recent measures have in fact served to put further pressure on the declining coal industry and increased tax biases towards clean and low-carbon energy. Natural gas plays a key role in realizing this policy, and UK households simply will not accept being cold in the winter.

America First?
The US is sharply different from the UK both from a resource and stated policy point of view, and is the potential change initiator to watch for global impact. Both because of its size and the measures contemplated, but importantly because the probability of significant change has become real.

An analogy of a meteor approaching earth is appropriate. The lack of consensus in the latest G20 summit closing statement on the principle of removing trade restrictions may be more than symbolic. The questions for management are if the “Trump meteor” will be a near miss, if it will substantially burn up in the atmosphere, or if the impact will be cataclysmic?

Only policies 2 and 4 have been advanced in public by the Trump administration on the international scene, and they are conceptually the easiest to implement. The effective realization of option 2 is likely to take considerable time both due to inherent individual complexity and the knock-on effects and need to consider simultaneously the balance with other treaties. Trump will need a long presidential term to accomplish this, and have the energy to persist.

Option 3 is put forward as a policy for internal US pro-business measures. The removal of barriers to exploration and exploitation of energy resources may increase potential supply and marginally reduce unit costs. Undoubtedly, a very large number of energy companies will maintain current business practices as for “good citizen” reasons and refrain for doing business in sensitive areas. It is also highly unlikely that statelevel measures, for example New York’s opposition to shale gas, will be reversed by federal measures. The effective increase in supply will be limited.

Additionally, technological advancement is one-directional, and consumer energy has now become a “Giffen” good. This means that the higher the income, the more is spent on efficiency and comfort that reduce energy use. There is therefore little to expect from additional US energy demand, and city pollution standards are certain not be lowered. US energy producers therefore see exports as the most valuable outlet, which requires unfettered access to markets in other countries.

Global Impact
The potential scale of US LNG exports means that geopolitical interests and possible review of trading arrangements for most immediate effect will focus on Europe, India, China, Korea and Japan. Of these, China and India are clearly the demand hot-spots, but also countries where both Qatar and Australia have major interests. The US will therefore recognize that the competitive response will be significant. In addition, US export constraints could have policy consequences in several importing countries by reducing the confidence in LNG to fuel economic growth.

The large majority of US LNG projects have already secured both FTA and non-FTA country export permits, and are fundamentally without destination clause. The permits principally cannot be rescinded unless national security is at stake, and complicating administrative measures are likely to be contested in court. Markets will also redirect flows efficiently.

This means that quantitative US LNG measures directed generally or on specific countries will be difficult to implement, even as part of a bilateral trade conflict. The same would apply to shipping, where the likelihood of a requirement to use US-flagged ships, like formerly in crude oil, would appear remote. However, the overall uncertainty about US possible quantitative actions is likely to be detrimental to LNG demand growth.

The US is both an importer and exporter of LNG, but an import tax on LNG would almost unilaterally hurt New England gas customers, and is therefore unlikely without major compensating measures.

Fiscal Relevance or Power Play?
A globally imposed US export tax on LNG could be rationalized as part of a federal budget financing scheme. Given the current US position on the industry cost curve, its effect is to globally increase FOB LNG prices, but not necessarily landed prices. There will be a windfall for other producers. It is likely average ship journeys will be slightly shorter and put pressure on charter-rates, offsetting the overall impact on a tax increase. In addition, demand response in price-sensitive markets such as India and Europe will mitigate any major effect.

There is a presently a reasonable global LNG supply-demand balance that is likely to persist for several years. Shipping fleet utilization is also moderate, even if it has increased recently.

The notable observation is that a relatively moderate LNG export tax may be relatively simple to impose, have minor overall market consequences and could possibly be scaled to avoid provoking countermeasures. While such a tax could legitimize other countries to do the same in areas where they have a relatively strong market position, a US LNG export tax could immediately appear to be a potentially ideal revenue-generating measure. Importantly, it might even pass CBO scrutiny and Congressional haggling.

What LNG export tax would, for example, be required to fully finance the proposed US$59 billion increase in the US defense budget? Assuming a 4-train fully utilized capacity of 20 million tonnes of LNG per year, the tax would be US$3,000 per mt, and over US$60 per Mcf. It therefore seems unlikely that an LNG export tax will play a major role in federal budget discussions. Instead, an LNG export tax might come as a smaller contributing factor, and set tactically at a level based on a consideration of what the market can bear.

While the imposition of a US LNG export tax may be rationalized, the process of designing it at, and setting it at a balanced level cannot be assumed to be similarly rational. In fact, the tendency to assume that carefully considered and balanced solutions will be found should be critically reviewed. There is, for example, a risk that trade conflict escalation could lead to the effective prohibition of imports of LNG from the US.

This strategic trade meteor scenario is a globally correlated, contagion “systematic risk” that is difficult to neutralize. The overall main implication for fundamental players is to reduce exposure to and dependency on US LNG. For traders, a positioning for significant new opportunities would appear to be expected.

This impact and strategy assessment is from the March 2017 joint Eikland Energy and Enerdata “Burning Issues” series of energy industry insights.  Call or write to contact@eiklandenergy.com for further information.