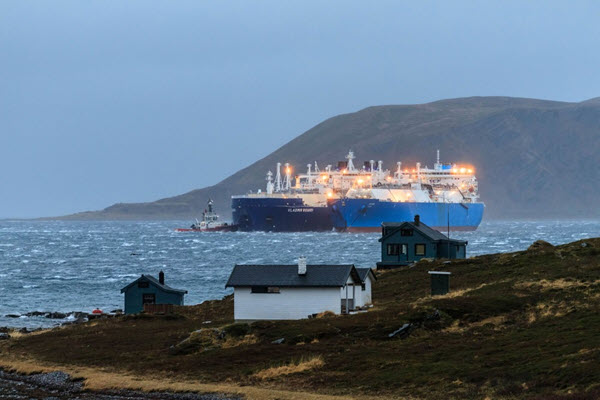 At the end of the year and holidays it is again time to reflect on developments of the past year and look into the next. 2018 was indeed a spectacular year along the entire LNG value chain, but events also fully highlighted operational and strategic challenges ahead.
This short story is our attempt at getting a perspective of these developments from above the tree-line.

2018 was a great year for LNG. Several large liquefaction trains started up and demand again strengthened, helped by storage factors, the return of a normally cold winter, air quality issues and legacy gas supply declines. The fear of a problematic near-term LNG supply overhang vanished, and a wave of large new projects are now being underpinned by long-term contracts.

The market volume growth powerfully accelerated changes at operational levels, in the fundamental market model, and in business strategies. While traditional LNG sellers and buyers are implementing trading cultures with focus on short-term nimbleness, trading houses on their side added long-term contracts for LNG supply and boosted physical asset positions in storage, terminal access and ships.

Helped by both the coming imposition of IMO emission control areas and the Paris climate accord, orders for LNG-fueled ships exploded and bunkering projects took off. The associated terminaling infrastructure projects and break-bulk services logistics now follows suit. In parallel, LNG truck-loading facilities are being added to most regasification terminals, helping to displace heating oil and diesel in numerous “hinterlands.” The downstream expansion LNG wave seems set to last for years ahead.

While the fundamentally rosy LNG market outlook now drives optimism, the reality behind the extreme movements though 2018 is that of an industry largely caught off-guard and that is now effectively scrambling to build the foundations for the years ahead.

The industry’s unpreparedness of the 2017-18 seasonal LNG demand increase exposed the insufficiency of mid-stream flexibilities. The result was a classic constraint- and shortage-based price formation, particularly affecting prompt and forward-month LNG prices, as well as ship day-rates. Quick-footed traders flourished, like they have always done in markets at the beginning of liberalization.

Flexibility therefore became a mantra, especially from the early spring of 2018. For buyers, without sacrificing security of supply. For sellers, by meeting buyers as close to the destination as possible. For both, this involved shortening response time to market signals, adding volume flexibility physically and contractually.

LNG production and cargo entitlement frameworks inherently shun variability. Essentially the ADPs – annual delivery programs – are optimized for upstream purposes, and not to ensure offtake and market flexibility. Classically, buyers take the volume risk, while sellers take the price risk. The more liberalized and atomic the market, the more this paradigm forces development of new methods to add volume flexibility to the mid-stream part of the delivery chain.

Both onshore and floating storage capacity have been added throughout 2018, directly and indirectly. Many players seeked to emulate a classic hub-and-spoke logistical model at the regional or even global level. By adding commercial LNG storage at key projected positions, LNG cargo reloads matured from being a method to circumvent contractual destination clauses to become key instruments in physically optimizing deliveries.

Yet, unloading, off-line storage and reloading adds relatively limited capacity and a new operational planning level, with berth slot constraints and extra costs. In part because of these complications Yamal LNG created a STS reload hub at Honningsvåg at the end of 2018, which immediately proved its worth. As a result, the 2018 reload boom at GATE, Montoir and Grain LNG may have been short-lived. The new dedicated storage tank to be commissioned at Zeebrugge in 2019 may in fact now be more than enough for Yamal.

Market uncertainties prompted many more players to opportunistically defer sales and destination decisions past loading, essentially accepting volume risk. This was achieved by a combination of slow-steaming in holding positions and course-setting to allow eventual market flexibility. An effect of this was that all available LNG shipping capacity was absorbed in 2018, contributing to drive up LNG ship day-rates 5x compared to summer 2017.

Another major result of the increase in floating storage and depth commercial operations allowed retrading of cargoes. In effect, a physical LNG cargo-based forward trading market was created. Liquidity could vary from almost nothing for highly attractive cargoes to very high levels for hard-to-place cargoes. Nevertheless, the rapid development of these cargo-based markets highlighted not only that 2018 was a year of physical and commercial innovation in LNG, but also that underpinning support systems are immature. Benchmarking studies showed that the lack of scenario- and optionality-based tools have unnecessarily added several percent to fleet utilization.

Yet, along with imperfections that artificially drove up shipping fleet requirements came a massive increase in front-month liquidity of the previously languished Japan-Korea Marker. The JKM is now even driving gas markets and pricing into Japan, Korea and China. The development has been so fast that the JKM soon could be a viable gas-based trading index to naturally supplement TTF/NBP and Henry Hub. Reflecting this trend, even a long-term LNG contract is now planned to be indexed to the JKM.

Supporting the longer-term developments of LNG are not only the obvious environmental and price advantages of LNG, but also a range of transitions combining the replacement of depleting legacy gas supply sources, and the objective to develop sustainable energy portfolio at acceptable prices. New solutions also promise to lower costs significantly. In sum, 2018 has given new confidence in the outlook and potential for LNG.

As similar processes in other liberalizing energy markets have shown before, we will see a period of 4-5 years of intense further developments. The early outlines of an end-game are already apparent, and business and trading models are being shaped. Recent developments seem mainly to be inspired by other shipping markets, but the completing steps ahead will be the trading integration with organized gas and electricity markets. As a consequence, even more companies will take steps towards pure-play strategies.

The focus on price and volume risk management was accentuated in the second half of 2018 with geopolitically based trade wars that eventually included LNG and pipeline projects, among them in the Baltic Sea. This has already caused deep thinking about not only acceptable level of reliance on the short-term market, but also the most secure and economic portfolio of physically secured long-term contracts. These factors will most likely have extra weight in decisions underpinning the next LNG growth phase that is now on its way.

Despite such complex growth challenges, 2018 is still notable as nothing less than a take-off year for LNG. Taking off brings completely new perspectives to LNG ahead.