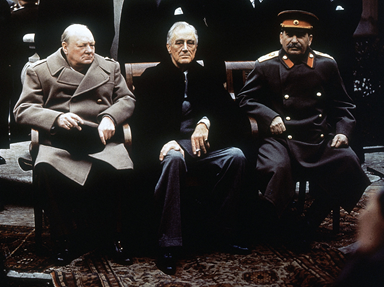 The complex Ukrainian and Crimean situation has an abundance of Cold War, WW2, and maybe even Ottoman Empire parallels, leading back to the early days of Caspian oil development.  Russian oil exports from Novorossisk, and the nearby Anape seafall for the large South Stream gas pipeline project, both highlight the international relevance of this crisis for energy.

For project partners Eni, EDF and Wintershall, looming embargos and the planned end-of-March signing of construction contracts for South Stream must be particularly challenging.   Some claim the project to be dead as it stands, missing just the troublesome official statements.  However, GazProm’s prestige vested in the South Stream pipeline project, and Putin’s personality, could cause the project to move forward anyway, with GazProm effectively going sole-risk.

At the same time, this could be a boon for the parallel TAP gas supply project.  Europe certainly has supply alternatives, including potential new gas from the Levant and the flexibility that US LNG exports may give from 2015.  This could even bring back strategic parallels to the 1980’s with the signing of gas sales contracts from the Troll field, with a Wall Street Journal editorial from May 1986 flashing the triumph of US foreign policy over Russian growing gas hegemony.

Escalation scenarios abound, from blocking of funds and prohibition of credit card transactions to general curtailment of Russian gas exports to Europe and the closure of the Dardanelles for Russian oil exports.  The temptation of drawing on historical analogies should be resisted.  The signs of maladroitness of both European and Russian handling are extraordinary, with the US involvement and impatient urge for immediate reaction running the risk of complicating matters.

The Ukraine has always been difficult for Russia, with Russia sometimes resorting to extreme and violent measures to protect its perceived interests.  Stalin and 1927 quickly come to mind, as does the earlier elimination of Tatars from the Crimea.  This is possibly a humanitarian backdrop for western reactions, but energy interdependency is not only a vicarious driver for the crisis, it is what can also help gradually diffuse the situation to get the parties talking constructively.

Russia looks like the most vulnerable part in this scenario.  It now plays exactly the cards that confirm the wisdom of the chosen European strategy for security of supply and competitiveness through a combination of liberalized markets, diversification, and importantly, conservation.   The Kremlin can of course be looking beyond such economic factors, but the situation is not lost on key organizations and forces in Russia.  While Europe is still in the process of moving to a low-energy society, with less dependence on Russia, powerful changes are under way that are likely to condition decision-making.

The process has unfortunately moved beyond easy, quick and elegant resolution.  The rational leadership challenge is to defuse, but a in a theatre of issues, crisis can also be used for other purposes.   Sometimes it is possible to describe a likely end even in the face of extreme turbulence, but it is difficult in this case.  The current situation could unpredictably feed on itself and could cause even more turbulence.  In most such cases, the combination of events, individuals, companies and their self-interests can be very important.

Whatever the near-term outcome and stresses in the Ukraine and the Crimea, European energy markets will likely see fundamental trends and policies towards energy independence confirmed and solidified.  Coming out of a mild winter in Europe, natural gas stocks are strong and flexibility from other sources is significant.  Natural gas and oil price effects have been limited so far, representing a consensus that energy and economic forces are controllable.

The indirect and longer-term effects are likely to be very important, and energy and politics are again inseparable.  For countries like Poland and Lithuania, the decision a few years ago to construct LNG receiving terminals at Swinoujscie and Klaipeda, both starting operation in 2014, seem to confirm the wisdom of maintaining a suitable level of paranoia.