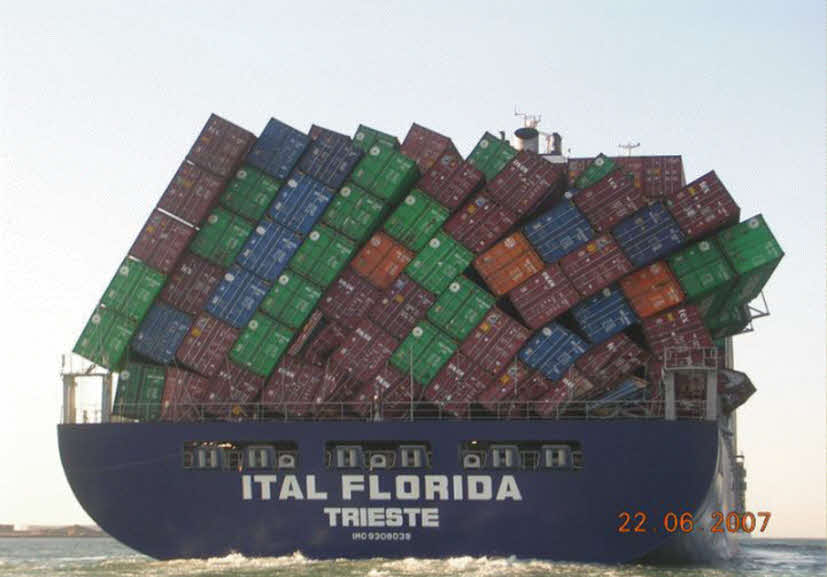 Two years after startup of Cheniere’s Sabine Pass LNG, Dominion’s Cove Point finally produced its first LNG on 18 February (according to the iGIS/LNG gas analytics service), and loaded its first commissioning cargo on Shell’s 138,000 cm Gemmata LNGC on 1 March.  The shipment of the commissioning cargo from Cove Point kicks off the second batch of US LNG export plants on the same day that President Donald Trump announced the imposition of general import taxes on steel and aluminum, 25% and 10%, on grounds of national security.  Already, there is speculation if retaliatory measures may be forthcoming, for example targeting LNG imports from the US.  The imposition of these taxes again raise questions if energy trade will come into play.

Immediately this measure will increase costs of domestic US oil and gas projects by around 10%.   There simply is not fabrication capacity, technology or skills available in the US to replace international suppliers.  The cost inflation will be across the board, touching end consumers and companies.  Natural gas and LNG projects are “all metal”, and import taxes will immediately drive costs up.  The consequences of new taxed on fixed-price contracts signed earlier without cost escalation clauses can become dramatic, for both contract parties. 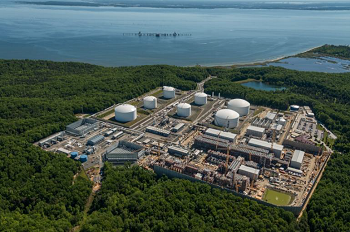 US import taxes vs. the WTO

In delivering on his election campaign promises, a year into his presidency, Trump has revived a risk factor that the LNG industry considered, and then largely dismissed, a year ago.  The imposition of general import tariffs on steel and aluminum is done on grounds of national security.

In context of the WTO/GATT Article XXI Security Exception, “Nothing in this Agreement shall be construed … to prevent any contracting party from taking any action which it considers necessary for the protection of its essential security interests”, conventional traded products, like steel and aluminum, are not included in the list of recognized exceptions.

The previous US imposition of tariffs, on solar panels, was introduced for reasons of dumping.  This is legal measure according to the WTO, but also subject to WTO 12-15 month conflict resolution mechanisms.

In contrast, measures related to national security are in principle sovereign, and commonly not subject to WTO conflict resolution mechanisms.  It is also quite unusual to adopt tariff protection as a measure related to security, and not country-specific quotas or absolute prohibitions.

WTO’s (GATT) treaty interpretation documents of Article XXI, state that “… we thought it well to draft provisions which would take care of real security interests and, at the same time, so far as we could, to limit the exception so as to prevent the adoption of protection for maintaining industries under every conceivable circumstance.”

Thus, at the treaty level the US is formally on weak ground.  That will not prevent measures from being implemented, at least temporarily, under presidential executive order authority.   Whether it then will be challenged domestically will have to be seen.  However, already concerns over possible retaliatory measures have been raised by business and policy-makers in the US.  The president also has to consult with Congress within 60 days.

Will steel and aluminum exporters respond?

The new US import taxes on steel and aluminum will apply generally, i.e. all exporters, but they will impact certain countries and companies more than others.  The taxes bear strong signs of violating WTO rules, but the choice to ground them on national security complicates.

Additionally, Trump has earlier expressed wish to exit the WTO altogether, in favor of bilateral agreements.  Trading partners also find it complicating that the difficulty of referral to the WTO may have been planned.  Effectively, the new import taxes break with the spirit and intentions going back to GATT after WW2.

There is therefore an inherent potential for an international stalemate, and that the US will implement the taxes without opposition.   However, the immediate international response after the announcement on 1 March has been very strong.  The main uncertainty and question is if a political momentum is now building, say in China, and will reach a level where patience or no response is no longer possible.

Paradoxically, the tariff levels may not be large enough to restore competitiveness of US producers in the short-term, if ever.  In fact, existing US plants may require upgrades and investments that will take significant time, if realized.   Possible new plants will be far less labor intensive, and traditional rust-belt locations may also not longer be ideal.  In the short term therefore, the tariffs may simply be a cash gift to existing US producers, raising materials cost for all US consumers in a hidden sales tax that also benefits the federal budget.

The affected exporting countries have a complicated assessment ahead of them, and it could be – in spite of initial principle reactions – that they will not see a major change other than a US price rise.  This may also mean that it will take some time before the situation is analyzed and responses formulated.  Key to any response is the selection of a target for response, a proportional level of response, and consequential risk minimization.

Is LNG in the firing line?

Energy trade could be among the counter-measure options available.  Global natural gas projects and trade has a long history of being elements in geopolitical processes.  Even recently, under Trump, has the US strongly argued against the construction of the Nord Stream II pipeline from Russia to Germany, crossing the Baltic Sea.  Similar opposition was applied to the Nord Stream I project earlier.

It is common in international relations that trigger and response are logically connected, measures visible and grounded.  The US administration has chosen an approach that does not foreclose that other countries look to LNG as a response area, whether with highly visible measures or in a more  discrete implementation.  Either approach can be effective.

Given the LNG market surplus situation and the flag-ship nature of US LNG exports, LNG is one area where some key affected countries have a relatively low-cost option – at least temporarily – for both signaling and executing countermeasures.

For example, LNG imports to China from the US are currently minimal, with only occasional spot cargoes.  It would be very simple for China to put any LNG import project from the US under consideration on hold, even prohibit spot cargoes, and instead focus on other alternatives.  A decision to instead accelerate development of new LNG import projects from East Africa or Russia could be implemented quickly.  Cheniere’s recent contract with CNPC would in that context seem to be at risk.

Exxon recently pulled out of its long-standing cooperation with Rosneft due to international embargo issues with Russia, and it is still extremely difficult to do business in Iran.  The imposition of US import taxes and trade complications, in parallel with the rise of US LNG exports, therefore has the potential to force difficult strategic choices for many companies ahead.

Construction progress for the Gulf Coast LNG projects slowed in 2017 due to damage from hurricanes and the perception of a global market surplus.  Imagery and project progress reports now show that eight trains, each with 4.5 -5.0 mtpa capacity, are well advanced and are likely to see rapid phase-in, all in the period 2018-20.  In addition to the already operating four trains at Sabine Pass, this will build a massive new industry with an annual turnover of around $20 billion:

The completion of these eight trains, together with Cove Point, will increase global liquefaction capacity by more than 10% from US sources alone.  Internationally, year 2018 and 2019 will also see a similar number of new trains, and capacity at Yamal, Cameroon, Wheatstone, Prelude, Gorgon and Ichthys.  All of these projects are likely to be directly exposed to possible changes in LNG trading conditions.  While the LNG demand trend during 2016-17 was strong and absorbed new capacity from Sabine Pass, Gorgon and Yamal,  the coming 20-25% global LNG capacity increase may give a substantial surplus if projects start as indicated.

The imposition of US large import taxes on steel and aluminum increases US country risk generally, but specifically also countries’ perceived risk of dependency on natural gas imports from the US.  Some countries may consider an import tax on LNG from the US to be a symmetric and proportional step, serving national security and of security of supply.

China is probably key among the impacted countries, as a major exporter of steel and aluminum, and with insignificant dependency on US LNG.   Cheniere’s recent LNG contract with CNPC was a direct result and breakthrough of the meetings between Xi and Trump, and indicated the promise of substantial growth in LNG exports from the US to China. The recent US imposition of tariffs and quotas on China-made solar panels, and now steel and aluminum, relations have necessarily changed.   Given also the personal dimension and strong personalities involved, China’s response and choices forward will be important.  If China chooses to respond, with LNG as response option, it will have significant symbolic value and have little negative effect on China.  The question is if LNG alone would be considered a sufficient and proportional response.

Yet, in sum, the further development of this case, exploring all eventualities and outcomes, has the potential of setting valuable focus on intricate global dependencies.  The extreme outcomes are simply not attractive, and the biggest burdens will be borne by US consumers and companies.  What was probably mainly considered as a simple measure to level an unfair competitive playing field, confined to international trade, can potentially become a confirmation of  mutual interests for all parties.